The Minister of Education, Science, Technology and Innovation, Arbërie Nagavci, and the Ambassador of France in Kosova, Oliver Guerot, have signed today an Agreement for the co-financing of higher education scholarships at the Master’s level.

Minister Nagavci, on this occasion, thanked the French state for the support it has given to education in Kosova and for the opportunities that have been given to our young people in succession to study and grow professionally in French universities.

The minister emphasized that the joint initiative for offering scholarships to Kosovar students at the Master’s level is in the wake of the successful cooperation in the field of education between the two countries.

Meanwhile, the Ambassador of France, Oliver Guerot, expressed his satisfaction that this opportunity is being offered to young people in Kosova, and that studying in these universities will also increase the employability of graduates.

According to this Agreement, the selection of students is made on the basis of the criteria and profiles determined by MAShTI and the Embassy.

The selected students must be distinguished students, graduated from accredited institutions of higher education in Kosova. They will pursue Master’s studies at the best French universities. 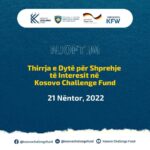 Previous Story:
THE CHALLENGE FUND FOR KOSOVA HAS OPENED THE SECOND... 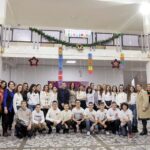 Next Story:
WITHIN THE ACTIVITIES AGAINST DOMESTIC VIOLENCE, MINISTERS NAGAVCI AND...